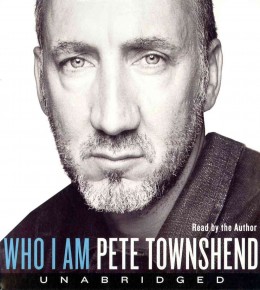 Pete Townshend: Who I am

Pete Townshend: Who I am – Estratto da eBook

The Who were to play on day two of the festival, the last show on Saturday night, following Sly and the Family Stone and Janis Joplin. Someone suggested that, because of problems on the local roads, we should leave early for our set. Karen and I made a quick decision that the baby needed peace and quiet, so I would go to the festival site alone. I slipped into my Doc Martens and my white boiler-suit, and we climbed into a limo. Our driver said the helicopters had stopped flying when the charter company realised they weren’t going to get paid. Wiggy’s ears pricked up. He was responsible for collecting our fee.

It took ninety minutes to drive two miles along a road so muddy that occasionally we needed to be pushed by passersby. The road was littered with abandoned motorcycles and cars, some still containing tents and other belongings. It looked like a wartime flight. John and Keith were behaving strangely in the car. We’d only been in the hotel for fifteen minutes and they’d managed to score dope.

The scene greeting us at the backstage area of the festival was horrific. The entire parking area was a slurry of thick, gelatinous mud. The backstage crew were covered in it, and their travels back and forth to the stage were traipsing mud everywhere. As I got out of the car I slipped and sank up to my knees.

There were no dressing rooms available so we went to a tent with a hot-water machine, tea-bags, instant coffee and a coffee dispenser. I helped myself, and within minutes realised the water had been spiked with acid. It was fairly dilute, but as the low-level trip kicked in about twenty minutes later I noticed a photo of Meher Baba posted high on a telegraph pole. It was a wonderful moment. The image was ubiquitous at the time: Meher Baba as a young man, handsome, long-haired, Christ-like. It felt like a sign to me that everything would be OK.

Then tragedy struck. As I gazed at the photo a young man, barefoot and shirtless, clearly out of his head, leaped up on the roof of an ambulance parked under a telegraph pole and gracefully shinned up some thirty feet. As he touched the photo he screamed and fell backwards, landing on top of the ambulance. The telegraph pole was in fact a power line. The paramedics ran out to attend to the unconscious man. When I went into the first-aid tent to investigate I thought I had walked onto the set of M*A*S*H. There were cots of patients everywhere, mainly young people on bad trips, some injured, but mostly kids suffering from bouts of terror.

Back outside the tent I saw the faces of John and Keith peeping out from the back window of a station wagon. They waved and grinned; later I learned that each of them had a girl’s mouth around *****.

I walked alone on the edge of the main field where most of the audience gathered. Rumour had it that over a million people had come to Woodstock, and it looked like half that number were scattered on the hill. The light was fading fast as I entered an eerie woodland scene: naked fairies dancing between the trees, dealers carrying trays of readymade joints, tabs of acid, hash, grass and rolling papers.
As I broke through the woods I came across the open area where most of the campers were strewn about. Thousands sat listening to the music pulsating up the hill from the stage, as though in a natural amphitheatre. The sound system wasn’t bad, but neither was it designed to cover such a massive area. Occasionally someone would try to engage me, sometimes a loved-up soul on a trip, smiling and kind, sometimes another over-stoked boy like the one on the pole, demanding money or drugs, threatening violence, then laughing and running away at lightning speed like a woodland sprite.
The highlight that night had been Sly and the Family Stone, who had whipped the crowd into a muddy lather with ‘I Want to Take You Higher’. Instead of acid they must have been doing cocaine: the music was urgent, dark and powerful. By now, in the early morning hours, Janis Joplin was finishing her encore, ‘Ball and Chain’, which would cap the last set before ours. She had been amazing at Monterey, but tonight she wasn’t at her best, due, probably, to the long delay, and probably, too, to the amount of booze and heroin she’d consumed while she waited. But even Janis on an off-night was incredible.
As our turn on stage approached, I worried about losing the effect of the stage lights. I asked someone what time the sun was going to rise. As we set up our gear and began to play, some of the people in sleeping bags started rubbing their eyes and sitting up. As usual, I was pounding around like a frothing pony, fighting to keep my Gibson SG in tune, constantly fiddling with my amplifiers.
Whoever was doing the lights…